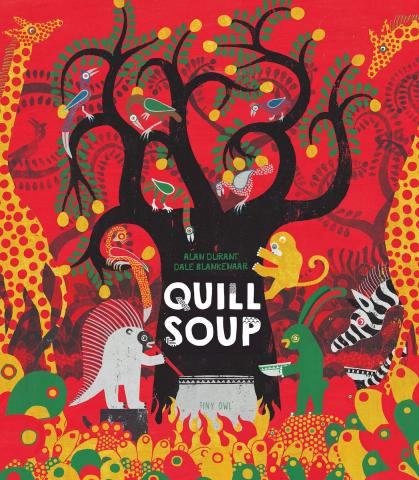 This picturebook is one of a series One Story, Many Voices, exploring well-known stories from around the world and is a variant on the folk tale 'Stone Soup' in which a hungry trickster fools others into providing food for him. In this version, which has an African setting, the chief character is Noko the porcupine and the emphasis is more on how the other animals avoid sharing with this stranger but with an ultimate message of the benefits and enjoyment of sharing. The colourful illustrations in which Dale Blankenaar makes use of a variety of repeated images arranged across each spread in primary colours has a batik effect.

The following are versions of the ‘Stone Soup’ story:

The following are out of print but may still be available in schools or bought second hand: