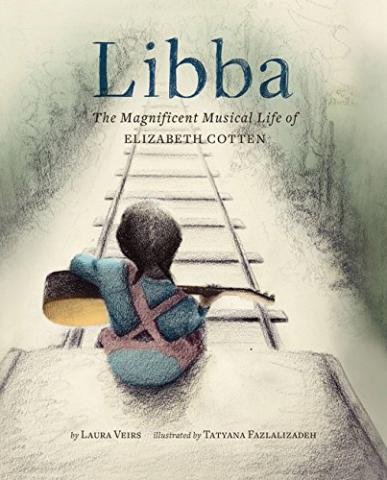 As a child, Libba taught herself to play the guitar ‘upside down and backwards’ as she was left-handed and the only instrument available to her was the guitar belonging to her right-handed brother, Claude. As an adult, she worked for many years and had become a grandmother by the time a chance meeting when she was working in a department store led to her becoming housekeeper to the famous folk singing family, the Seegers. Her early love of music was revived in the atmosphere of their home and, late in life, Libba became known as a composer and performer.

A note by the author, herself a singer-songwriter, expands on the story in the text and there are links to websites, videos and recordings, enabling readers to explore Libba Cotten’s work for themselves.