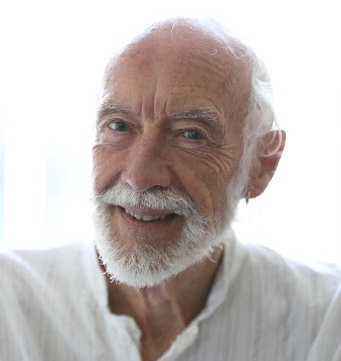 Described by Carol Ann Duffy as "the patron saint of poetry", Roger McGough is arguably the most famous of the Liverpool Poets. His unpretentious yet subtle poems characteristically address everyday concerns through supple rhyme and dextrous wordplay.

Born in 1937, McGough studied at the University of Hull before returning to his home city of Liverpool where, in the early sixties, he became a part of the city's vibrant Mersey Beat scene. McGough, alongside Mike McCartney and John Gorman, formed the comic group The Scaffold, which in 1968 reached No 1 with Lily the Pink.

His poetry first reached a mass audience in the Penguin Modern Poets collection The Mersey Sound, which also included Adrian Henri and Brian Patten and went on to sell over a million copies.

McGough's high-spirited poetry plays with the ambiguities of words to illuminate profound truths. With a fine ear for dialogue and a conversational tone, his poems tackle serious subjects such as parenthood, illness and old age with a light touch.

The author of more than 50 books, McGough has also delighted generations of youngsters with his children's poetry. Roger's collection All the Best won the 2004 CLPE Poetry Award, now known as the CLiPPA, and in 2016, Poetry Pie was shortlisted for the CLiPPA.

He also worked on the script of the Beatles film Yellow Submarine and is well known as the affable host of BBC Radio 4's Poetry Please.

He was awarded an OBE for services to poetry in 1997, a CBE in 2008 and has been honoured with the Freedom of the City of Liverpool.