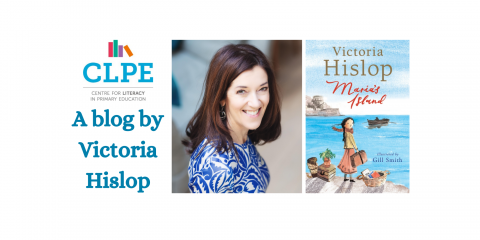 What inspired you to write Maria's Island?

My first adult novel, The Island, came out more than fifteen years ago, and has sold more than 6 million copies around the world. It is the story of a leper colony in Greece during the 1940s and 50’s – and embraces many themes that people often shy away from: stigma, shame, fear.

It was a conversation with a school teacher here in Crete that planted the seed in my mind.  She said that she would love to introduce her pupils (around 8 – 10 years old) to this novel and all the themes in it, but felt it was too adult.  It got me thinking immediately!

I began to draft a children’s version.  It came very easily.  Some of the central characters, even in the adult version, are children!  I focused on Maria and her best friend, Dimitris, so I hope boys will feel as connected with the story as girls.

For younger readers (from 8 above), I think it might be a good text to read aloud to the class.  It will invite questions about some difficult issues – loss, stigma, being an outcast (which of course is not confined to leprosy sufferers).  Some of the events in Maria’s Island might remind children of things that they have experienced perhaps for the first time during the past year with Covid-19.  The words “isolation” and “pandemic” are probably new to their vocabulary.

Many children have lost a grandparent because of Covid-19, or have not been able to visit them or hug them for a very long time.  And this experience was very similar for the children in Maria’s Island.

A visit to the island of Spinalonga in 2001 was the inspiration for writing The Island.  I was a travel journalist at the time and had no intention of writing a novel.  Spinalonga changed all that as I found it a very powerful and unsettling experience.  I began writing the story the next day.

My impression of the place was that hundreds of people had gone there with an incurable disease, but nevertheless they had formed a strong and positive-thinking community.  They were determined to survive as long as possible. Only when the cure came in 1957 were those who had survived allowed to leave.  Up until that time hundreds of them had died.

Historically, it was a story of hope and courage – and I wanted to write about it in a purely fictional way, which is what I did, creating characters from my imagination.

Greece is the most major influence.  I find ideas and stories everywhere I look – inspiration in other words.  I am always strongly inspired by places – I think places can have a very strong atmosphere – and have their own stories to tell.  I think they always absorb everything that happens in them – whether that is a house, or a village.  Human traces are still evident – not just in physical remains but in the atmosphere that is left behind.  Some people might call these “ghosts” - though I don’t really think of them that way.

I was quite difficult when I was a child if we went to stay somewhere new.  I remember one or two places where I was very convinced that something bad had happened there and I nagged my parents until we left.  I have never seen a ghost – but I have definitely felt negative vibes!  But I have also felt some very positive ones too – and those create really good feelings.

So in my view, a place always has a story – even if you don’t know exactly what it is, the atmosphere always helps you to imagine and write.

So it was with Spinalonga – there was a contradiction between:

b) the experience “This was a happy place for many, with flowers and houses and shops and a church”

Gill Smith was the perfect illustrator to bring this story to life – as she had not been to Crete where it is set, and so when she came out to find visual inspiration - she came with very open eyes.  And was charmed by everything she saw.

The wonderful thing about the area where the book is set, is that the villages there haven’t changed for decades.  It is almost like stepping back in time.  Gill was able to capture the mood and the aesthetic of the 1940s/50s perfectly.  We opened up small ethnographical museums for her so that she could take in the detail of the kind of embroidery that was popular then, the clothes, even the cooking utensils.  So every detail in her illustrations has a real base in reality – and is, at the same time, rather charming and magical. 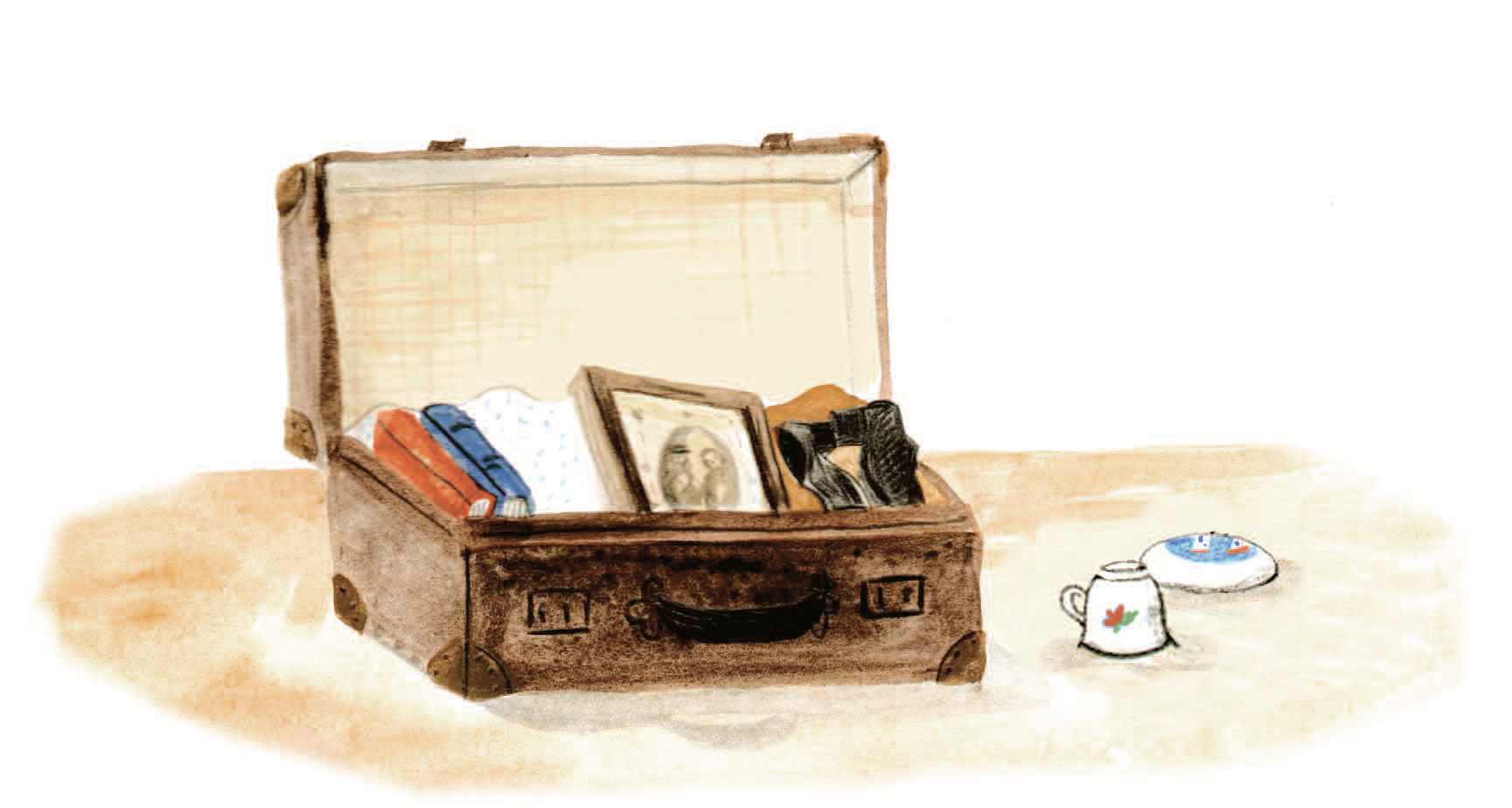 If there is one book that I remember more vividly than any other it is I am David by Anne Holm.  A 12-year-old boy has grown up inside a concentration camp – so he is unfamiliar with every aspect of what we might call “normal” life.  When he is allowed to escape, he travels across Europe to try and find his family.  It is incredibly vivid, shocking and also tender.  As an eight-year-old listening to my teacher reading this book, I understood how one relates a story to oneself – as well as hearing it on an objective level.  I stepped inside David’s “shoes” as he made his way alone across the continent.  It was the first time I felt the power of a story.

I never felt any sense of identification with all the other books that we were reading as children – Ballet Shoes, Swallows and Amazons, the Famous Five, I didn’t feel any connection with any of those characters.  Then came Agatha Christie and after that Wuthering Heights – and I was hooked! 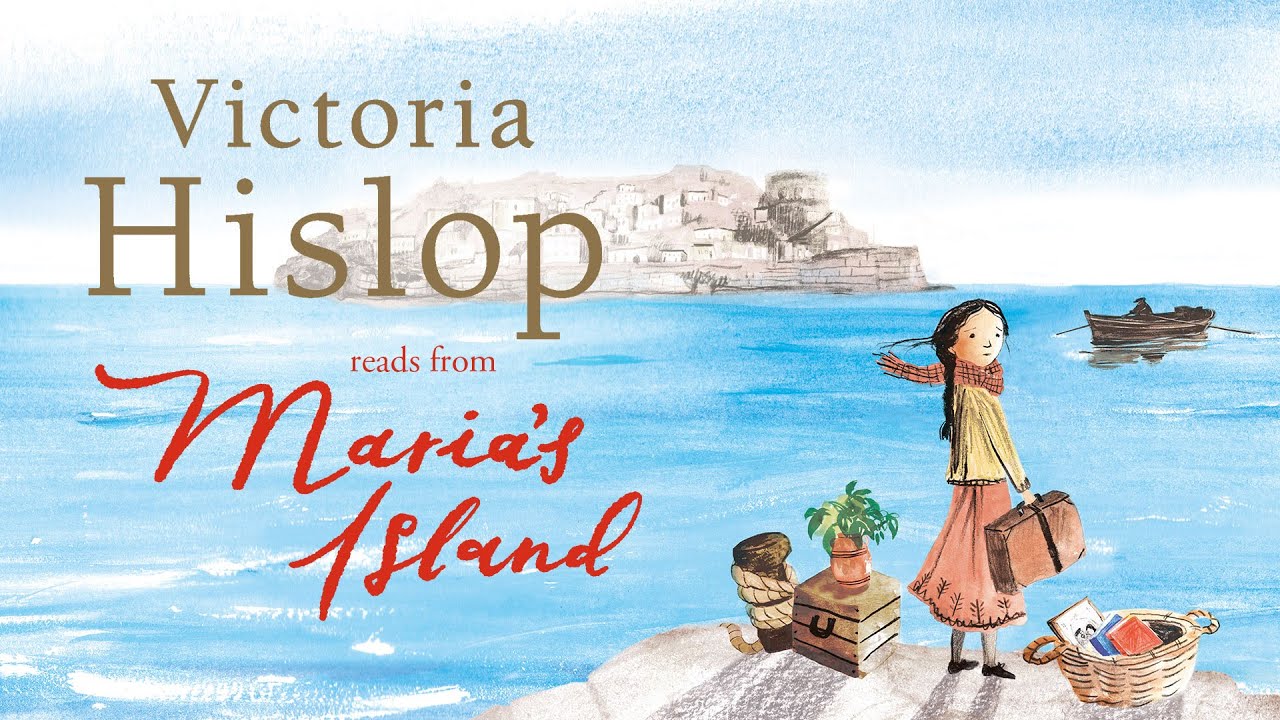