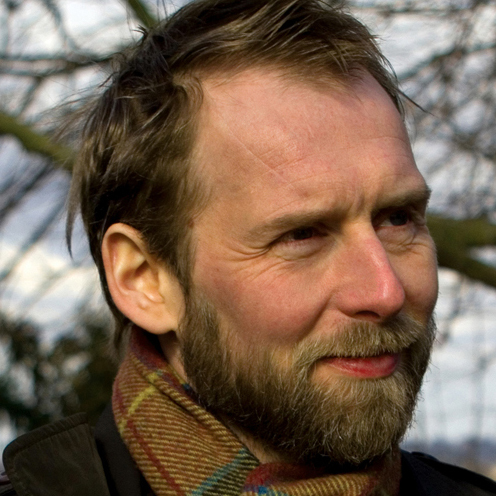 David Lucas is an illustrator and has written and illustrated over 14 picture books.

"I was born in Middlesbrough, where my mother was a teacher and my father worked in the steelworks. I am one of six brothers and as children we were all dressed the same - same jumpers, same jeans, same haircuts. We came to London when I was 5 (my father had decided to go to art college) and at first we lived in a tent in Epping Forest before moving to a council flat in Hackney.

As a child I always enjoyed drawing and in my teens I became fascinated by mythology and magic, and began writing stories and inventing imaginary worlds. I failed Art O Level and left school at 16, but at 17 I got a job in  a design company in Clerkenwell, and did my first commercial illustration work. I went on to study illustration at St Martins School of Art, and the Royal College. For a long while, during my twenties, I turned my back on fairytales, and I stopped writing stories, but illustrating a picture book by Ted Hughes, a couple of years after graduating, got me started writing again.

My first book as author and illustrator was Halibut Jackson. I have written and illustrated 14 picture books, and one longer story, The Lying Carpet. Among other projects, I'm currently working on a novel. My books have been translated into 12 languages and in 2008 I was nominated as one of the UK's Best New Illustrators by the Booktrust.

I live with my wife and baby daughter in Leytonstone, in London, in an old school house."

The writing process behind Grendel

Illustrating a character from GRENDELl by the illustrator DAVID LUCAS