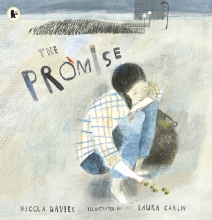 A girl who is hardened by the harsh urban environment that surrounds her is transformed into a guerrilla gardener by the unexpected booty resulting from a mugging. The burgeoning wildlife opens up people’s hearts and minds and the girl moves on to multiply the magic. In spare poetic prose, Nicola Davies has fashioned a variation on the myth of the Green Man for a modern age. Laura Carlin has drawn absorbing grey and brown cityscapes which gradually become permeated with brightly coloured birds and flowers as the girl plants ‘among rubble, ruins and rusty railings, by train tracks, tramlines and traffic lights’.

This is an example of the kind of great resources you will receive on Inspiring Writers KS2. Book now - we change our key texts each year.

King of the Sky
By Nicola Davies
Published by Walker
Literature