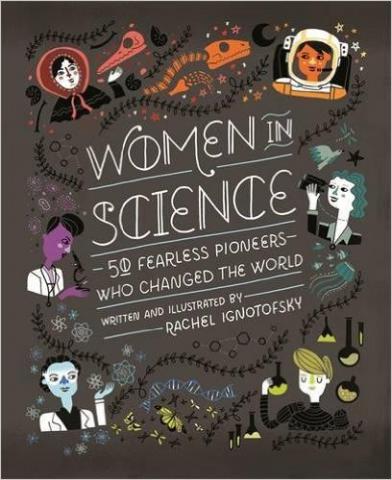 This appealingly designed book highlights the work of women scientists, ranging widely across the globe and through time.

It starts with early astronomer, mathematician and philosopher Hypatia, born between 350 and 370 CE in Alexandria, Egypt, and finishes with mathematician Maryam Mirzakhani, born in 1977 in Iran. Some names will be familiar to many – Marie Curie, Mary Anning, Elizabeth Blackwell, Rosalind Franklin and now Katherine Johnson, an African-American physicist and mathematician whose work on calculating flight paths for space missions is featured in the film ‘Hidden Figures’. It’s really striking what polymaths all these women were. Some excelled in several fields of science and across other spheres of knowledge and activity. Chinese scholar Wang Zhenyi was an astronomer, poet and mathematician. Mary Agnes Chase was a botanist and involved in the women’s suffrage movement. Grace Hopper was a navy admiral as well as being a computer scientist. Film actress Hedy Lamarr was also an inventor. The research of psychologist and civil rights activist Mamie Phipps Clark was instrumental in ending school segregation in the USA.

The layout makes the book a pleasure to browse through. On each spread there is a short biographical account surrounded by small snippets of information while opposite is a stylised drawing of the woman in question with indications of her major achievements swirling around her. At the bottom of each picture there is a pertinent quotation about or by the scientist herself. In each spread a specific subtly shaded colour predominates giving the volume an overall coherent look and feel while allowing each woman to be distinguished. There’s a glossary, a list of sources encompassing films, websites and books and attention is given to a timeline, lab tools and statistics about women’s involvement in STEM fields at various junctures in the book. 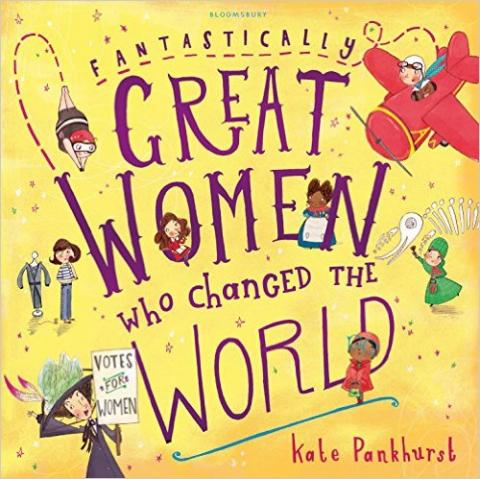 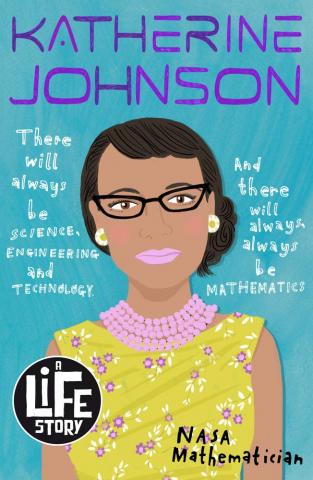 A biography of Katherine Johnson, the African American ...