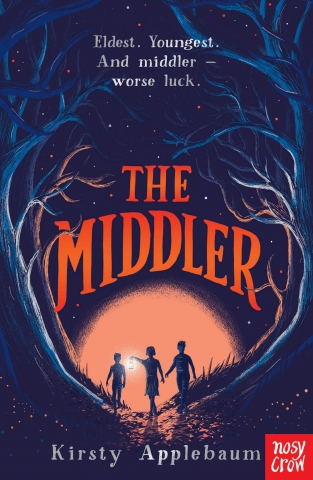 In her debut novel, Kirsty Applebaum has created a world that alludes to familiar dystopian tropes (a genre usually aimed at more experienced readers) while creating something totally new. Our hero, Maggie, is a ‘middler’ and deeply unhappy with her position in the family. It just doesn’t seem fair that her brother Jed is constantly rewarded and praised just because he’s an eldest. But why are the eldests all sent off to camp when they’re 14? Why are they never seen again? Why isn’t anyone allowed to go beyond the boundary? And what exactly is so dangerous about ‘the wanderers’? Maggie soon finds herself questioning life-long beliefs and loyalties in her determination to go beyond the expectations that tradition has placed on her.