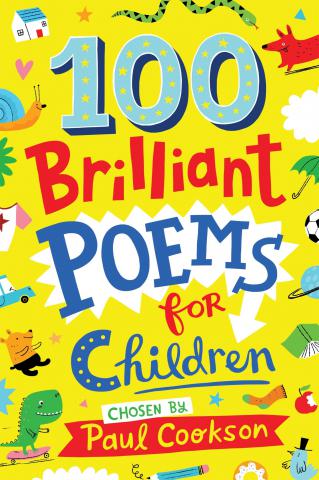 A wide variety of poetry is included in this volume which is excellent for carrying around and dipping into. Consecutive poems often carry a link. For example, there’s a sequence of poems about a river, the coast, waterfalls, an iceberg, written by Valerie Bloom, John Cooper Clarke, Matt Goodfellow and Billy Bragg respectively, followed by John Donne’s ‘No Man Is an Island’. There is a clutch of poems about school and teachers such as Brian Patten’s moving ‘Geography Lesson’. The poets included are a mix of modern and classic and some of the poems have been anthologised many times. However, it’s great to have them in one collection alongside a range of contemporary material. The collection concludes with some ideas from modern poets about sharing and performing some of the most famous poems.