Why drama is essential in today's classrooms 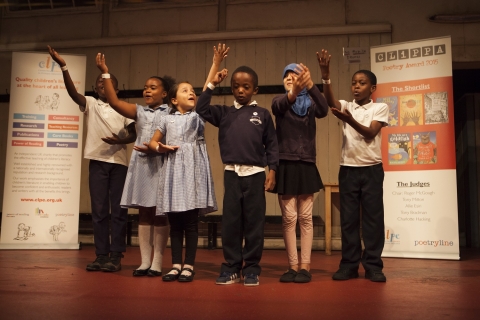 For as far back as I can remember, I have been obsessed with two things – books and acting.  I have devoted more time to these things than almost anything else, forgoing on far too many occasions both sleep and eating in order to devote more time to reading, rehearsing and performing.  It is perhaps not particularly surprising then that my classroom practice regularly reflected these obsessions, whether in the piles of recommended reads covering every available surface or in never letting any opportunity go by for teaching and learning in role: both the pupils and myself stepping into a fictional, historical or fantastical world to problem solve, debate, explore and discover.

All of my most vivid memories of teaching reflect these passions: removing all the furniture from my Year 4 classroom in order to re-enact key moments from the Roman invasion of Britain - the children moving in and out of role as historians, the Roman emperor, soldiers and generals, Celtic tribes and warrior chieftains; or balanced (slightly too precariously perhaps) atop gymnastics equipment in front of the whole school community performing Dr Seuss’ Yertle the Turtle; sitting in role as Beegu (from the book by Alexis Deacon) being cross-examined by two classes of Year 2 children (while dressed in a bright yellow hi-vis vest and a lemon headband onto which an LTA had sewn a pair of long floppy ears); taking over a Reception classroom so that we could all be Elmer and his herd of elephants – playing, marching, swimming, stomping, chewing, sleeping, arguing, chasing and squirting water.

I can’t imagine teaching in a primary classroom without using some element of drama or performance.  During the last two decades, my students were archaeologists, journalists, detectives and poets; lions, astronauts, gods and monsters; Tudors, Vikings, robots and evacuees.  We went to the Arctic and the desert, to alien planets and exotic jungles, to Egyptian tombs and Mayan temples.

It could be that you could produce similar lists from your experiences, either as a teacher or perhaps memories from your own school days, of stepping into a new role or world; rehearsing and refining and preparing to perform; recreating, visualising, imagining and sharing a moment in the life of a character that didn’t really exist until the moment that they magically appeared in the room with us.  Alternatively, it could be that the thought of ‘drama’ either as a subject or a classroom device, as stagecraft or theatre, fills you with dread and creates in you not warm and exhilarating memories of engagement and pleasure, but the terrifying potential of chaos and disorder.  Chances are that the idea of drama will mean very different things to different people, often coming down to that person’s prior experiences of what drama can be – either as an educator or as a student, as a parent or a child, as a performer or a spectator.

To some drama is the yearly school production or the day off-timetable when a group comes in to present a moral lesson through play - I recall a fairly mediocre annual visit about the importance of looking both ways before crossing the road.  To others it will be the lesson where they used hot-seating to interrogate a real or fictional figure or it might be creating a series of still images to summarise the key moments from a story, poem or historical event.  To still others it might be improvising around moments of moral complexity, perhaps bullying on the playground or learning how to listen/share, for personal development or citizenship sessions.  It is all of these things and more – a creative, engaging and effective tool for learning across all subjects and disciplines, a powerful opportunity for personal development and a worthy, important part of the curriculum; although whether it is identified as a statutory and official part of that curriculum will depend entirely on the country in which you are teaching.

Reflecting on my own practice, I used elements of classroom drama so much in my setting for a variety of reasons.  Perhaps, initially, it was because it was well within my comfort zone, I felt happiest engaging in some element of performance alongside my students.  Perhaps, like some of my pupils, I could enjoy the opportunity to show-off a little bit, but in these moments I could also identify instantly where in the classroom building empathy, developing understanding, creative problem solving, inference and deduction, clarity of voice, purpose and reasoning were strongest and where some children might need additional prompts, support, questions or examples, from me or from each other, to help them find their feet in one or more of these areas.  It was much easier in these sessions to gather evidence of pupils’ levels of engagement and interest, as well as their progress and attainment, and to see how their fascinations, knowledge, questions or pre-conceptions were beginning to take them off on their own voyages of discovery and to adjust the sails accordingly or let them roam depending on the circumstances.

There is no doubt in my mind that when I think about the best lessons and the best outcomes that pupils produced, drama was a key factor in my teaching toolbox to get those results.  They knew the stories, characters and circumstances so well because they had engaged in the storytelling process, they had stepped into the shoes of that character, through role play, freeze frame, thought tracking and improvisation.  They had taken on the voices they needed for their writing, and through collaboration and play had found the words they needed to say and had carried the words with them from one day to the next because the circumstances were engaging, memorable and fun.  I could dwell on the differences it made in their confidence as well as their results, could delve into research which demonstrates the difference it makes to attainment for reading, for writing and more, but we also need not to lose sight of the importance of drama for its own sake.  The executive summary of a research project by Harvard Project Zero in 2000 (the Reviewing Education and the Arts Project) reported on some of the reliable causal links where the arts (and drama in particular) supported learning in other curricular areas, but also included the following plea which best summarises my feelings about the importance of drama in our schools and in our society:

“Let’s stop requiring more of the arts than of other subjects. The arts are the only school subjects that have been challenged to demonstrate transfer as a justification for their usefulness... Let’s remember why societies have always included the arts in every child’s education. The reason is simple. The arts are a fundamentally important part of culture, and an education without them is an impoverished education leading to an impoverished society. Studying the arts should not have to be justified in terms of anything else… they are time-honored ways of learning, knowing, and expressing.”

The impact of drama on children's engagement and attainment in reading and writing is always well-evidenced in CLPE's Power of Reading programme. 88% of teachers surveyed said that the use of drama in the teaching sequences has been the most beneficial of the teaching approaches used. There is also a specific session in the Power of Reading Training programme on deepening response to reading and enriching writing through drama.

Click here to find out more about our Power of Reading training, which runs in multiple locations across the country...

Or find out more about the CLPE membership, which gives whole school access for 12 months to over 220 detailed planning sequences for Early Years to Year 7 based on high quality books, as well as 1500 examples of how teachers have implemented their training back in the classroom, details about Power of Reading teaching approaches and access to Take 5 home learning activities.