Speaking Volumes - What Reflecting Realities means to you? 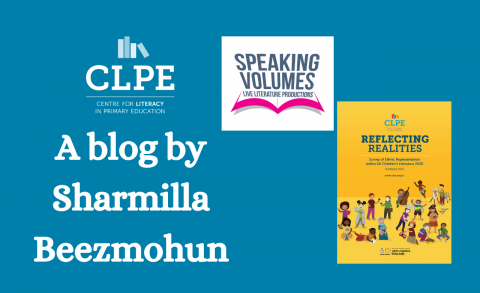 After nearly two years of a global pandemic with very limited in-person connectivity, the world has become a strange place, one where loneliness and isolation have increased. Yet, despite the unprecedented challenges, people have also managed to reach out to create new relationships and ways of living, whether through online work or social meetings, by watching live-streamed events, writing letters again — or just by talking to our neighbours for the first time. All these connections have created a sense of local, national and global community that many of us don’t want to lose as we start to envisage what a post-pandemic world might look like.

Part of the change in our lives over the last two years has been a phenomenon — people are reading more. Indeed, books have never been more popular. And they create another sense of community; as we read, we learn about each other and find out how life for others can be simultaneously familiar and unfamiliar. It was during this time that we at Speaking Volumes had our first book published. Not Quite Right for Us: Forty Writers Speak Volumes came out in May 2021, to celebrate our tenth anniversary. We asked the commissioned authors to focus on that universal experience that every single person has been through at one time or another — a moment when we’ve felt ‘not quite right’ in some way, whether at school or home, whilst travelling or at work. Our authors chose all sorts of episodes to write about, utilising a range of genres: memories of a school disco told through poetry; a father–daughter disconnect described in fiction; the scene of a play putting a slave ship’s crew front and centre; a weird job interview written as memoir… the list goes on. But, whatever format the writers chose, they all did one thing — they reflected a reality that everyone can relate to. It so just happens that those authors also came from a range of backgrounds, ethnicities, genders, faiths, to reflect the reality of everyday life in the twenty-first century. This is why CLPE’s Reflecting Realities report, which shows who children’s books are including in their content, matters to Speaking Volumes. Like CLPE, we believe that everyone needs to see everyone in order to connect and create a greater shared understanding, which can only make life better for all.

The pandemic has been a horrific leveller in so many ways, striking rich and poor, black and white, old and young. For the arts sector to turn that into a positive moving forward, we need to help to create stories which don’t discriminate; where everyone is in the picture. Speaking Volumes is closely allied to the George Padmore Institute (GPI), an archive, educational research and information centre housing materials and documents relating mainly to black communities of Caribbean, African and Asian descent in post-war Britain and continental Europe (https://www.georgepadmoreinstitute.org/). One of the GPI’s co-founders was the late John La Rose, who was born in Trinidad in 1927. As a small boy, John’s curiosity and sense of how unfair the world was led him to want to do something to transform society. In October, the Institute published their first children’s book, which tells the story of John La Rose’s childhood and his Dream to Change the World. Author Ken Wilson-Max’s words and illustrations and the timeline at the end of the book show how he did just that in both Trinidad and the UK; John become an activist, trade unionist, poet and co-founder of Britain’s first black bookshop and publisher, New Beacon Books.

By putting this inspiring real-life story into a book, the GPI is further developing the work they’ve been doing since they were formed in 1991, just like the Speaking Volumes’ new anthology, which builds on our decade of live and online literature events. But, whilst we, the GPI and many other arts organisations work to ensure that our diverse populations’ contributions to society are highlighted, as the Reflecting Realities report makes clear, there’s still much to do. What the report shows is what’s still missing in the children’s book sector, giving a sense of the direction that we all need to take so that everyone can help to create change through a sort of ripple effect. In the end, the continued information coming from CLPE’s Reflecting Realities work will enable us to move from feeling that things are ‘not quite right’, to ‘dreaming to change the world’, to action.

Co-founder of Speaking Volumes, and Trustee of the George Padmore Institute

Sharmilla Beezmohun is the founding partner of Speaking Volumes. Speaking Volumes is a live literature organisation specialising in getting underrepresented voices heard, reaching diverse audiences and finding exciting ways to present the work of writers.