Jericho Prize - What Reflecting Realities means to you? 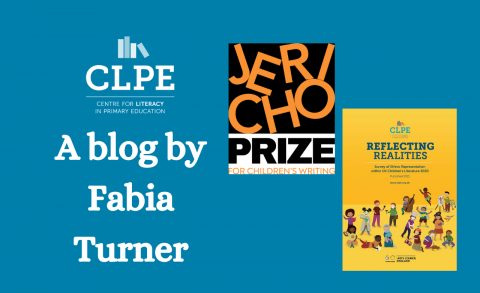 Keep the Wheels Turning: Reflections from the Jericho Prize

The 2020 Reflecting Realities report indicates real hope for the future landscape of UK children’s literature. The latest stats show that, overall, representation of ethnic minority characters is improving, up from 4% to 15% since the initial findings in 2017. This upward trend is mostly related to non-fiction and picture books rather than fiction, although noticeable gains have been made for example in the historical fiction and comedy text types.

Let’s not get too excited though because we’ve been here before. Between the 70s and 90s, in response to post-war and post-Windrush demographic shifts, books featuring more prominent Black and South Asian characters were being published. Like today, some texts were qualitatively better than others, and campaigners pushed on, calling for change, while the hilly road seemed tantalisingly smoother. Nevertheless, progress remained an uphill struggle and the wheels came off somewhere in the noughties. And now, despite recent diversity drives, we’re asking the same old inclusivity questions in the 21st century. So how do we reach our destination when only 8% of books feature an ethnic minority lead character compared with an ethnic minority primary-school-age population of 33%? How do we ensure positive reflections of our multi-ethnic UK society become permanent, non-faddy fixtures in mainstream children’s literature?

As the output of inclusive titles grows, the quality of content needs to be maintained if more of these books are to be embedded within school curricula. We cannot deny that core literary texts endorsed by exam boards and teachers have kudos, and this in turn may play a role in shaping pupils’ perceptions of themselves, their wider community, and the world.

The CLPE’s newly announced schools research project with Wandle TSA is exciting as it will raise teachers’ awareness and confidence in using the existing work with literary merit by experienced POC writers and illustrators. One of the long-term aims of the Jericho Prize is to support emerging Black-British writers to create high-quality texts through editorial and design mentorship. We hope one day their books with be included in primary booklists too.

Of course, we need more than literary texts reflecting ethnic minority experiences. Pupils’ reading diets need enriching across the board with books for different purposes. But regardless of book type, the textual and illustrative narrative should always feel authentic as bad representation can be more damaging than no representation at all.

One solution is to provide more opportunities for own-voice creatives to produce authentic content — literary or commercial — across all book genres. That’s not to say creatives should be pigeon-holed. Writers and illustrators should create work about whatever they choose. But, at the very least, own-voice creatives should be given first dibs to create responsible narratives about their own communities, rooted naturally in their own ethnic and cultural identities. We need to avoid the half-hearted representation the CLPE describes as ‘too insignificant to reasonably be recognised as a meaningful reflection of realities’ or where ‘the portrayal [is] insufficiently or poorly developed’. With responsibility comes care, attention and vital ‘critical reflection’, but this time-consuming burden should not fall on the shoulders of writers alone.

Everyone involved in publishing and beyond — from concept to press, librarians to booksellers — is responsible for evaluating the quality of a book’s ethnic minority representation and its overall content. The CLPE’s Degrees of Erasure offers practical guidance to hone this critiquing process so book-industry professionals and educators don’t need to head-scratch when evaluating books for themselves.

Another issue is that buyers aren’t always aware of the ‘body of phenomenal talent’ already making children’s books. Established and new writers of colour need increased exposure so consumers can find and purchase their titles. To achieve this, publishers should invest generously in proper marketing and publicity so these writers continue to be visible — another Jericho Prize aim shown through our resources created by writers, such as Patrice Lawrence, Candy Gourlay, Catherine Johnson and Emma Norry.

The Jericho Prize, like other writing initiatives past and present, is committed to change. We’re focused specifically on showcasing new Black-British writing talent so they will be commissioned, nurtured, and their work promoted appropriately. We are just a small cog in a growing movement but it is gaining momentum.

There’s hope once again that inclusive children’s books with positive representation could become mainstream. We’re lurching steadily up that hill so together let’s ensure this time the wheels don’t fall off!