High Quality Children's Books: A blog about The Rhythm of the Rain by Grahame Baker-Smith 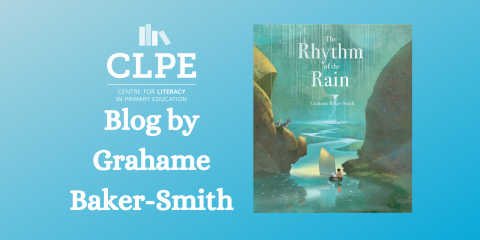 The beginnings of this story go back to 2017 and a brief conversation with a publisher who suggested I gave some thought to creating a non-fiction picture book.

I liked the idea and suggested the water-cycle as a subject. However, I did not want to just illustrate a book of facts. The only way I could make it work for me was if I could find a way to not only say something about how the water cycle works but, crucially for me, tell a story with people and connections at the heart of it. 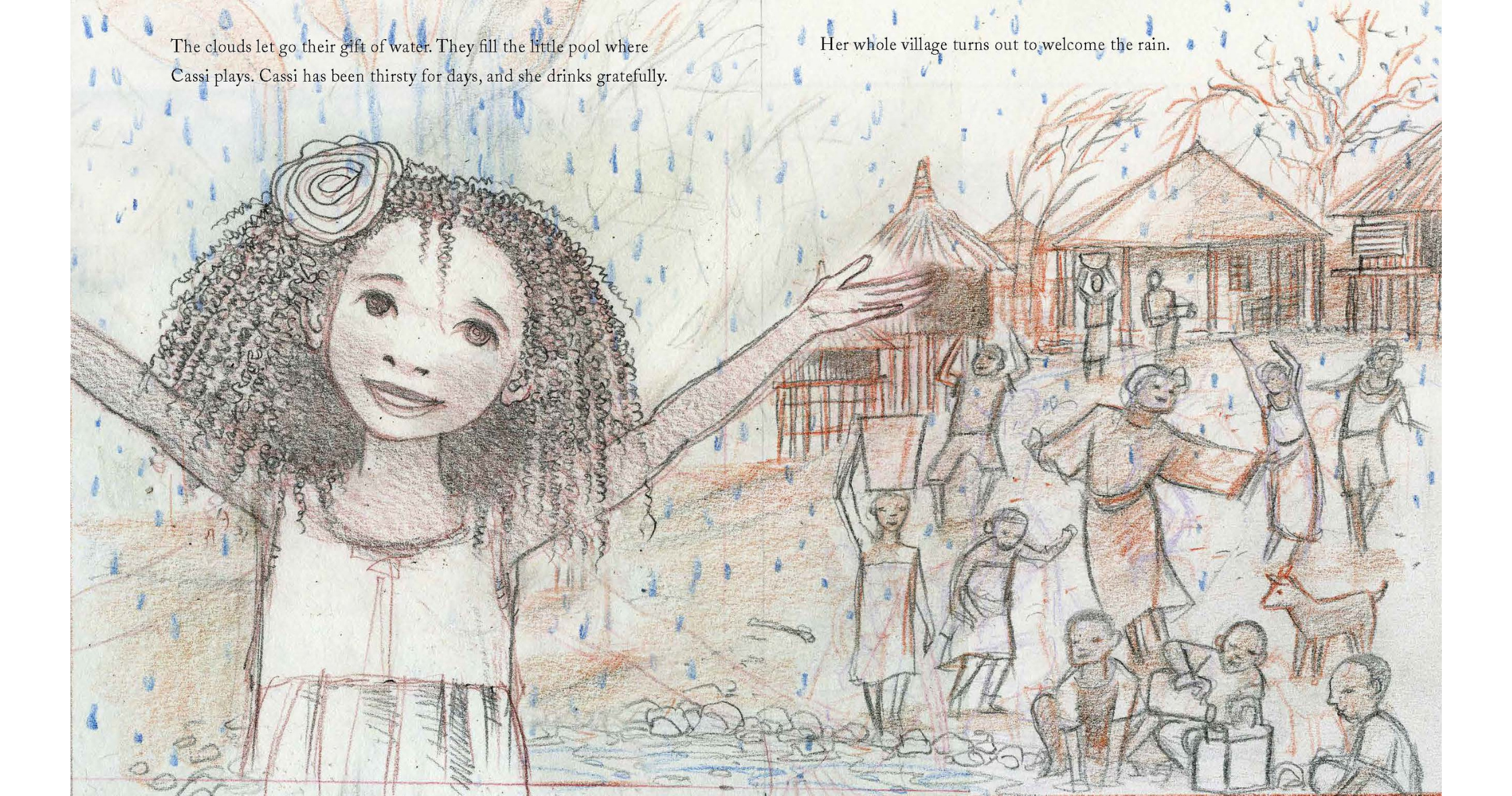 Research is always a big part of a project like this and I spent many weeks gathering as much information as I could on the subject before even thinking about making a story. As always, when I begin something that requires research I find it increasingly difficult to see exactly how I might get to a story at all. The research arrives at a tipping point, going from fascinating to overwhelming. A point where something else has to happen.

A spark, an idea that seems to insist on its place on the page. It draws on the research like a thirsty traveller in the desert but is not drowned by it.

I took the story back to the publisher.

In fact four other publishers said ‘no.’

I went back to the drawing board and decided to do a complete set of pencil studies for the book. I took my time. I felt, with this book, it was going to be exactly how I wanted it to be before showing anyone else. 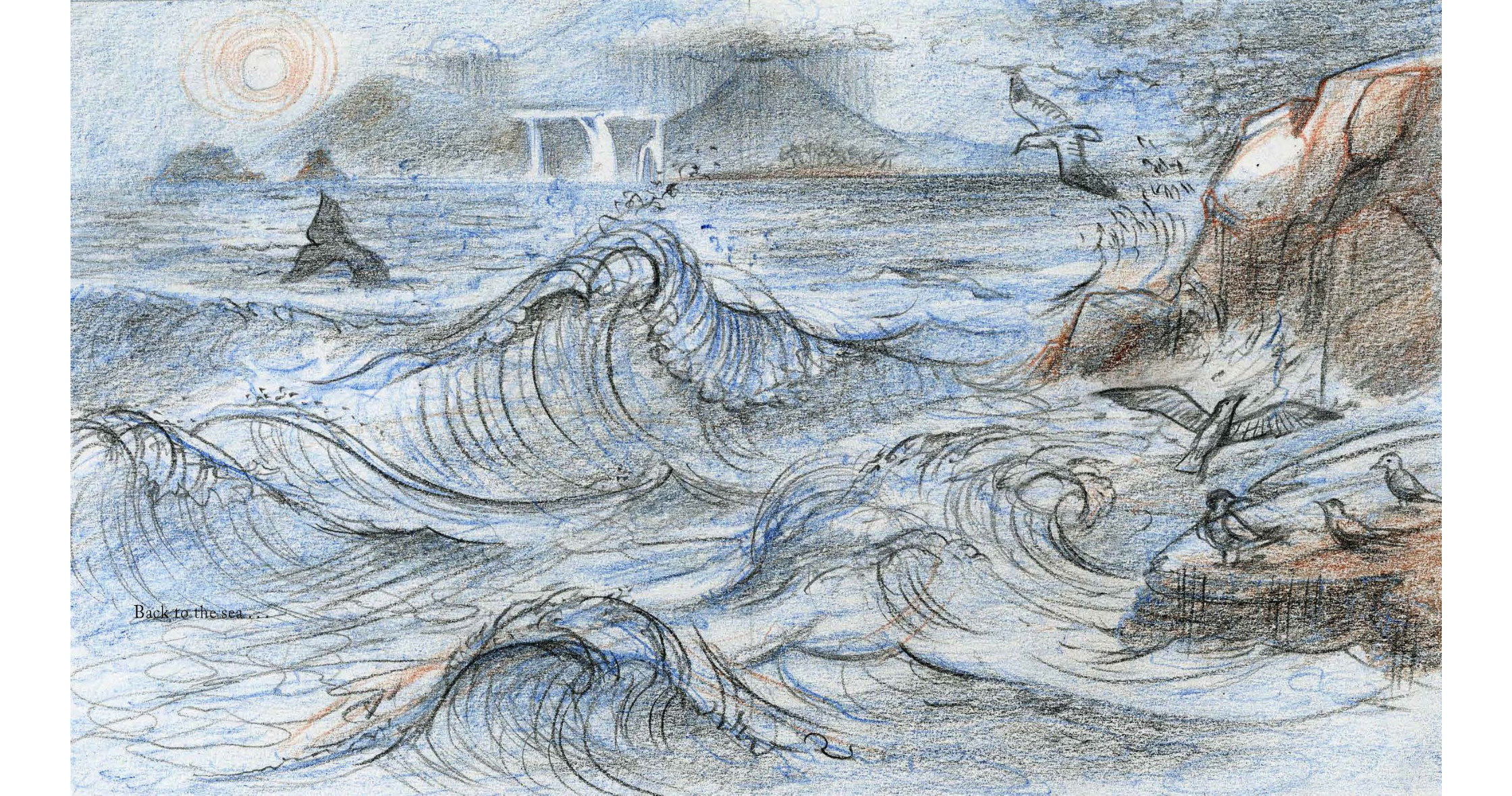 At that time I was looking for a publisher other than Templar who had been going through some changes at the time. I’d lost touch a bit with them but, at the suggestion of my agent, Alison Eldred, sent the story and the roughs to them and they loved it!

The idea of doing just one book in a series expanded long before the Rain was even published. My daughter Lillie said one day, ‘why don’t you do four books covering the elements, Water, Air, Earth and Fire?’

I really wish I’d thought of that myself.

I had to agree the idea appealed and was also something Templar really got behind.

Consequently there is a follow-up to the Rain to be published this October. It is called; Wild is the Wind. 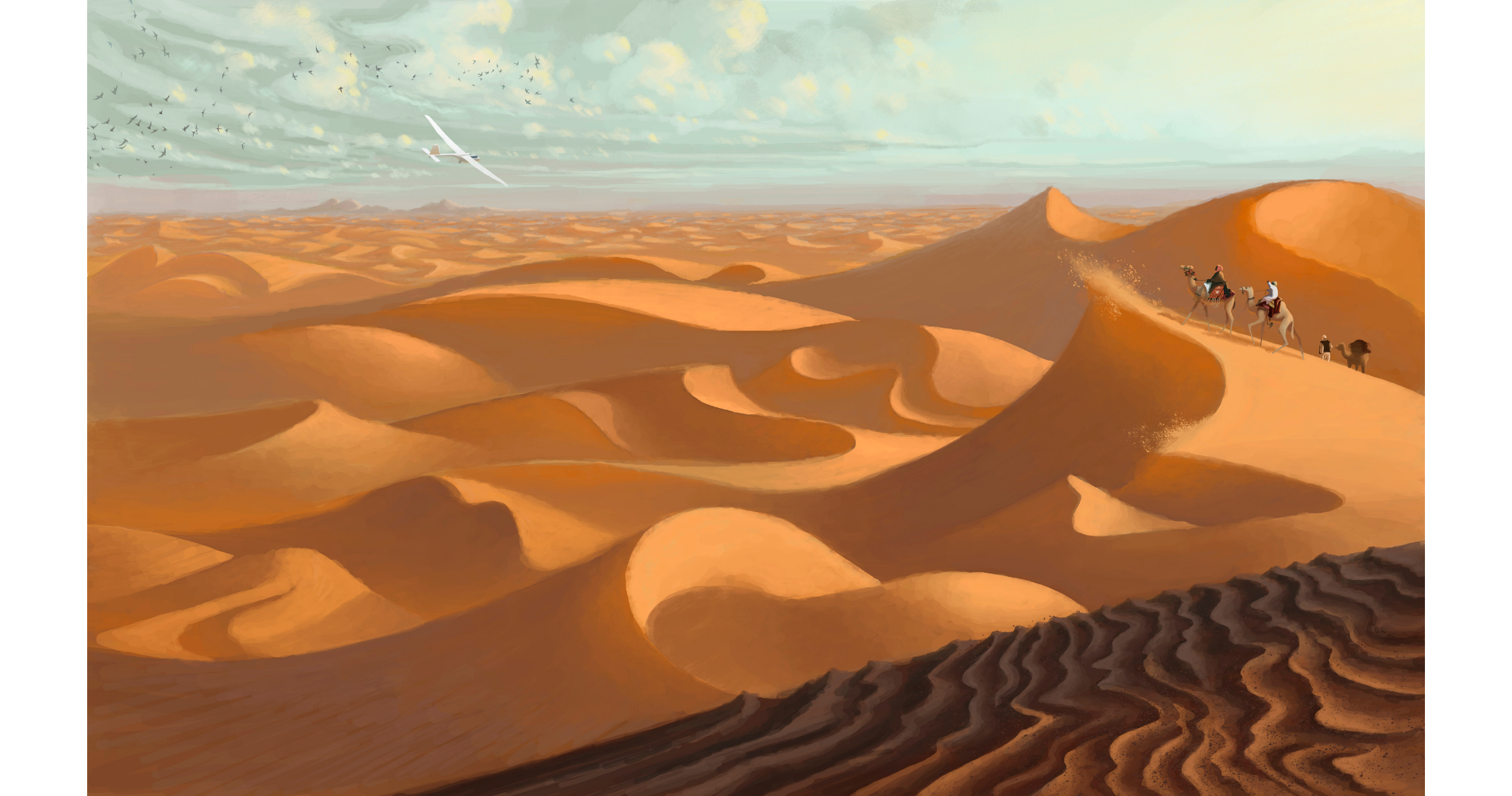 For me, one of the most powerful reasons for making this set of books is to try to convey a sense of awe at the natural, life-giving forces of the world. I want to say something about how we, and all life, is connected in a million ways, most of which we are only dimly conscious of or completely oblivious to. I am well aware that the tools I have to do this are completely inadequate. Paint and paper and pencils, Photoshop, Wacom tablets and whatever ability I have are not up to the job of rendering a fraction of the beauty of a single drop of water or the flight of a bird. Everything I’ve learned in my career as an illustrator and my life as a human being is going into trying to convince the reader that the world is huge and varied and, in spite of our woeful, destructive nature, panoramically beautiful.

Each book features a glimpse into the lives of two children. Issac and Cassi in the Rain. Cassi and Kûn in the Wind. Kûn and ? in the Earth and so on, handing the baton one to another in a sort of chain of unknown connections.

Earth and Fire have yet to be written. I don’t know what they will be or how I am going to tell those parts of the story. This is a journey of faith for me. I have done this long enough now to trust the process and trust myself. But, there is always the chance it will all go horribly wrong! Yet, unwritten as they are, I feel they are there. 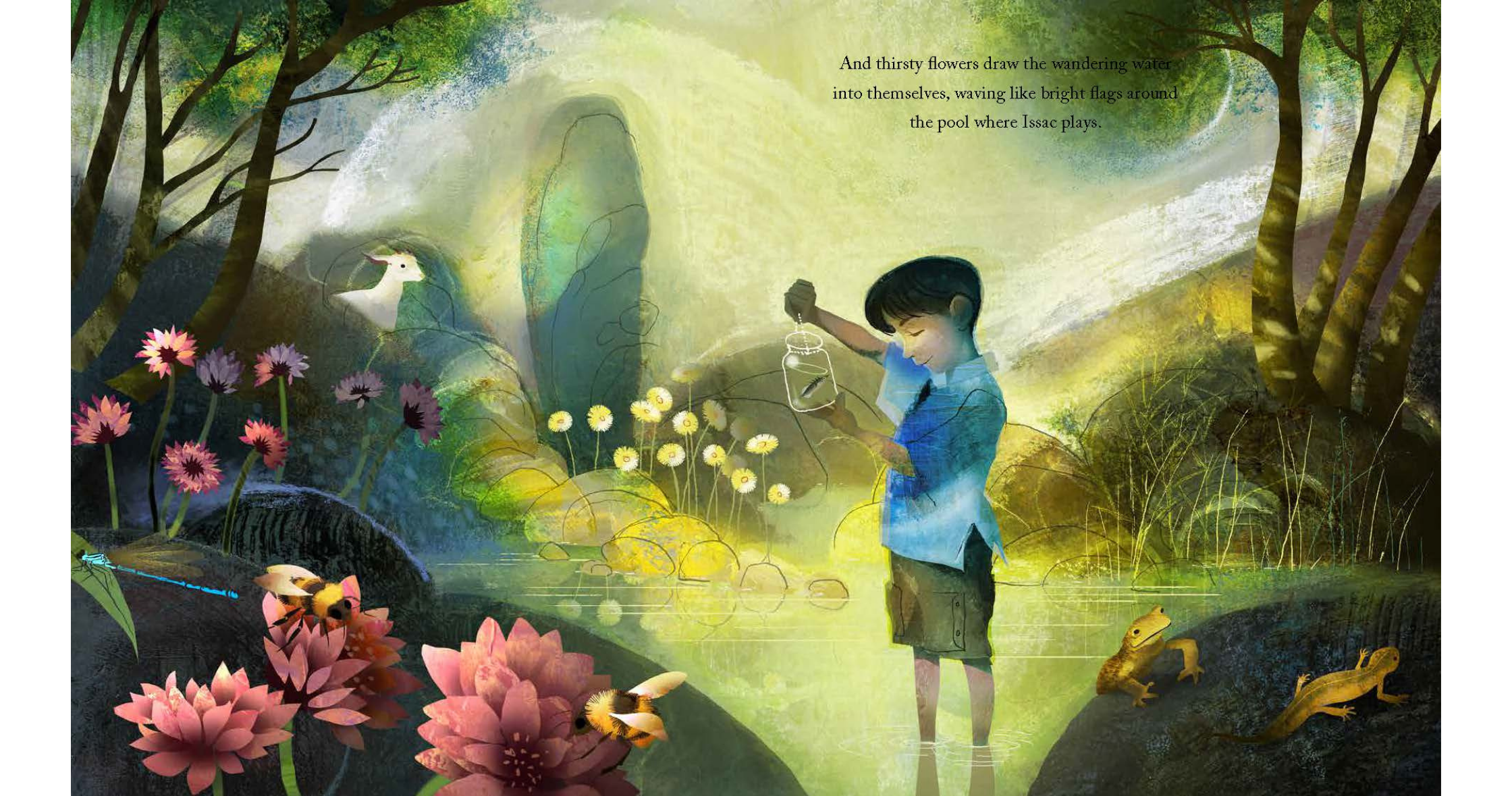 By the way. A couple of reviewers of the Rain queried the spelling of Issac and wondered if I’d miss-spelled his name.

I love playing with words and at the beginning of the process of writing I tried to find two names that would be just right for a story that had a going out and a return. A ‘cycle’ that would continue for as long as the Earth endured.

It becomes clear if you read Issac’s name backwards.

Before I sign off I want to say that I am blessed to have the most wonderful and creative collaborators at Templar. Genevieve Webster and Alison Ritchie. I can’t thank them enough for all they bring to the making of these books.

Find out more about The Rhythm of the Rain and how to buy your copy.