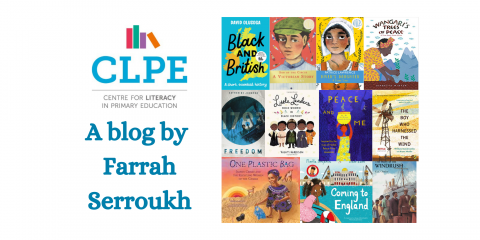 The ebb and flow of the academic year is defined by a series of milestones. Each bring with them the opportunity to be outward looking by commemorating key moments in our national history like Remembrance Day in November, national holidays like New Year’s Day, or by marking religious celebrations like Christmas or Diwali. Important too are periods like Black History Month, which recognise the contributions of marginalised communities. In principle, these milestones should provide a varied diet of enriching experiences in our schools to deepen children’s knowledge and broaden their perspectives and outlook.

Having a month dedicated to Black History is a valuable way of raising the profile of important historical figures, movements and moments from across British Black communities over time. It also importantly allows for scope to recognise the heterogeneity of the range of these British Black communities. This is particularly vital given that traditionally the stories behind these figures and movements have often been misrepresented, side-lined or ignored. Having a specially demarcated period in the academic calendar to counter this in a dedicated way is useful. Conversely, one of the potential dangers of having a focus month can lead to the study of Black perspectives being confined exclusively to October, discouraging a broader consideration of how Black presence is integrated into the mainstream curriculum.

Books provide an invaluable stimulus to frame and springboard these areas of study and support teachers in making such study an embedded part of the year round provision. Our annual Reflecting Realities reports which review the extent and quality of ethnic minority presence in children’s literature have highlighted the extent of under-representation. Through this work, we share instances of poor representation as well as the good examples we encounter. I want to take this opportunity to highlight some of the best titles currently available featuring quality representations of Black characters. These are titles that can be utilised across the academic year in a way that integrates Black history and voices as part of the mainstream reading diet.

Reviewing and Interpreting the Curriculum

The National Curriculum recommends a series of areas as part of the History Programmes of Study. The Key Stage One Programme states that, ‘Pupils should be taught about the lives of significant individuals in the past who have contributed to national and international achievements. Some should be used to compare aspects of life in different periods.’

The parameters of who these ‘significant individuals’ might be, is at the discretion of the teacher, based on their interpretation of the extent to which a contribution to national and international spheres is deemed interesting and significant enough to warrant study.

Meanwhile the Key Stage Two programme of study recommends that, ‘Pupils should be taught about a study of an aspect or theme in British history that extends pupils’ chronological knowledge beyond 1066.’ In planning for the delivery of this part of the curriculum in KS2, it is important teachers consider the choices of Black historical figures, movements and moments studied. It is necessary educators ensure a breadth of historical eras, themes, geographical contexts and figures are explored in order to offer a rich and varied insight into the presence and contributions of Black communities over time.

Planning across the Academic Year – points to consider:

Historical Eras - Does the study of Black presence span across historical eras?

It is essential to incorporate the study of Black figures and communities across historical eras to counter any misconception that Black presence in UK society is only a contemporary phenomenon. Look for books that situate migration as part of a wider chronology of how we have come to be in the place that we are as a society in the modern day and which give children the opportunity to delve into remarkable stories featuring interesting and strong Black leads. Find stories that will help your young readers recognise and appreciate that Black histories form an integral part of British history, the threads of the former make up the fabric of the latter and you cannot have one without the other.

Themes - When studying Black figures or communities, are the themes explored so narrow that they only offer one-dimensional perspectives of heterogeneous communities of people?

Whilst there will be common threads across communities, there is no such thing as a homogenous Black experience. The civil rights movement and history of enslavement, for example, is often told from an exclusively American perspective. If the only time children in British classrooms encounter the study of Black people in history is through the lens of the African American context, then this can further negate British Black presence in our history curriculum. It is important to provide the broader context and insights into the roots of slavery to appreciate the UK’s instrumental role and the subsequent legacy.

That said, we must also be mindful that the study of slavery might, in some instances, be the only time learning is focused on Black figures and communities in history. This can be reductive and lead to a very narrow view of whole communities of people. If the only historical accounts children encounter relates to struggle, strife and subjugation, children may infer and learn to define Black communities exclusively within these parameters without giving due regard to existence and accomplishments outside of this context.

Geographical Contexts - When choosing a focus of study, are the people, communities and the parts of the world they are from varied?

Much inspiration is drawn from the work and life of the great, late Dr Martin Luther King who has been immortalised in a number of children’s books and from prominent and important figures such as Nelson Mandela.  Whilst the contribution of these two great men is immense and to be recognised, providing a valid contribution to informing and shaping our worldview, it is just as important that this view is broadened to raise children’s knowledge and awareness of other parts of world.  For example, you might wish to source books that provide rich opportunities to recognise the contribution of contemporary iconic figures who are working to address the environmental challenges we are faced with as a global community. The study of such figures can fuel rich and meaningful cross-curricular learning that spans across the school year and will go some way towards broadening any narrow, prejudicial misconceptions that might arise from little or no opportunity to study Black excellence.

Figures - Do the Black figures studied hold varying positions of power and influence?

When planning for a broad and balanced coverage across the curriculum consider: are you allowing opportunities for children to study a range of pioneering, innovative and creative accomplishments and contributions of Black figures across all disciplines, walks of life and societal spheres?

The titles shared in this article only scratch the surface of the rich range of titles available to our schools and of course new books are being written and published all the time. You might want to take a moment to view our latest booklist that expands on the range of titles referenced in this article. Books featuring Black characters both real and fictional should not be confined solely to the month of October. We owe it to all children to curate a breadth and range of quality inclusive literature that centre all narratives and support them in appreciating the ways in which all lives interweave to shape the world as we know it today.