3 Years on, Why Reflecting Realities and Reflecting them well continues to be Important 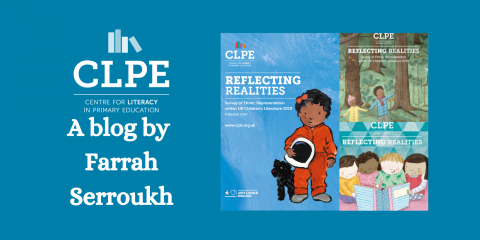 Underrepresentation of ethnic minority characters in children’s literature is an issue for the same reasons that it is an issue across all forms of media and across all creative industries.

Books can play a vital role in shaping a young readers sense of self and world outlook so it’s important that children experience a breadth and range of quality books that are affirm their sense of self and broaden that outlook.

As producers and consumers of children’s literature, we need to collectively be critically reflective, considered, consistent and committed to ensuring quality output.

Our Reflecting Realities report is an annual survey that reviews the quality and extent of ethnic minority presence in children’s literature published in the UK. In each report we provide data and analysis of the books produced and consider the extent to which the books reflect the realities, as well as, broaden the outlook of their readership. We address the shortfalls of poor portrayals and highlight examples of great books.

We know that access to quality literature can transform children’s personal and academic growth, and lay the foundations for improved life chances. The right book can set a child on this path and open up worlds beyond their wildest imagination whilst giving them a better chance at making it in the world in which they inhabit.

This is why books matter and the matter of the books matters even more. And this is why we hope that these positive trends continue in years to come so that over time bookshelves in classrooms across the country are overflowing with a rich range and breadth of quality inclusive and representative literature that reflects the realities of its readership and broadens the outlook of all readers.