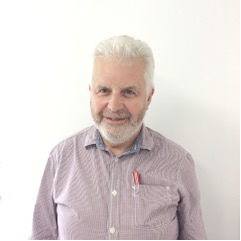 A Headteacher for 10 years, Ronnie is a Researcher/Writer at the National College for School Leadership and a consultant working with schools, local and national organisations across the UK. He is also Director of Learning at the Enquire Learning Trust.

He believes that as "CLPE’s work is evidence based, they are open to any approach to the development of children’s literacy skills as long as there is evidence it works".

Ronnie read avidly for as long as he can remember, but didn’t read stories until a teacher read his class The Eagle of the Ninth by Rosemary Sutcliffe. He believes that as he read more and more widely his writing improved exponentially.