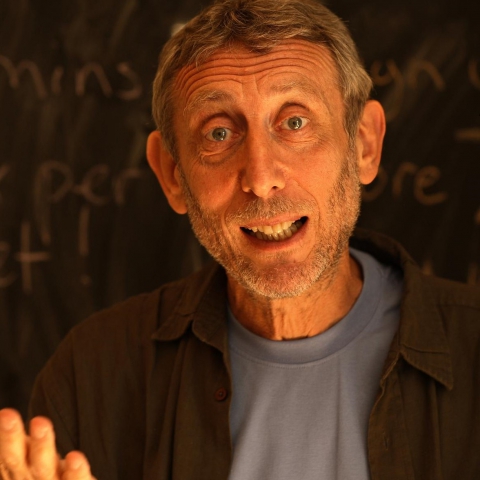 Michael Rosen was born in 1946 in North London. One of the best-known figures in the children’s book world, he is renowned for his work as a poet, performer, broadcaster and scriptwriter.

As an author and by selecting other writers’ works for anthologies he has been involved with over 140 books.  He lectures and teaches in universities on children’s literature, reading and writing.

He has also edited many anthologies for children, including The Kingfisher Book of Children's Poetry; Poems for the Very Young; and Classic Poetry, and has written non-fiction books for children about Shakespeare and Dickens.

Michael is a familiar voice to BBC listeners and is currently presenting Word of Mouth, the magazine programme that looks at the English language and the way we use it. He visits schools with his one-man show to enthuse children with his passion for books and poetry.