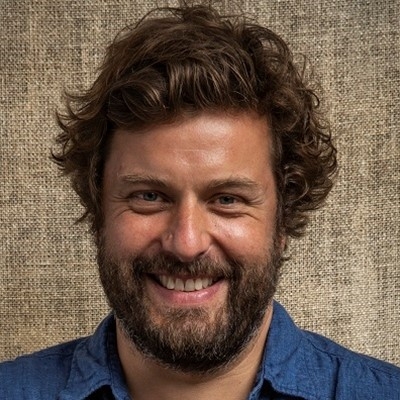 Ed Vere is an award winning and New York Times bestselling writer & illustrator of picture books. He is the artist in residence at the Born Free Foundation.

His latest book How to be a Lion was the winner of Oscar's Book Prize 2019. Max the Brave is a New York Times bestseller and was named one of The Sunday Times's 100 Modern Children's Classics. The Getaway, his first book, won the Highland Children's Book Award in 2007. The following year, Banana was shortlisted for the Kate Greenaway prize.  In 2009 Mr Big was Booktrust’s official Booktime book, reaching 750,000 British schoolchildren – the largest single print run for a picture book. In the same year, pop-up book Chick won the Booktrust Early Years Award for best baby book. Bedtime for Monsters was shortlisted for the Roald Dahl Funny Prize in 2011.

Ed also works on many projects related to his books, from speaking at festivals from Rio to Mexico to Kerala, to curating festival experiences in the UK, to live drawing onstage at The Barbican Centre alongside the Britten Sinfonia, and at The Wigmore hall with the Neil Cowley Trio.

Ed worked with CLPE to co-create the Power of Pictures programme which encourages visual literacy in primary school education and has received major funding from the Arts Council and the Education Endowment Foundation and RSA as part of the Learning about Culture Randomised Control Trial.