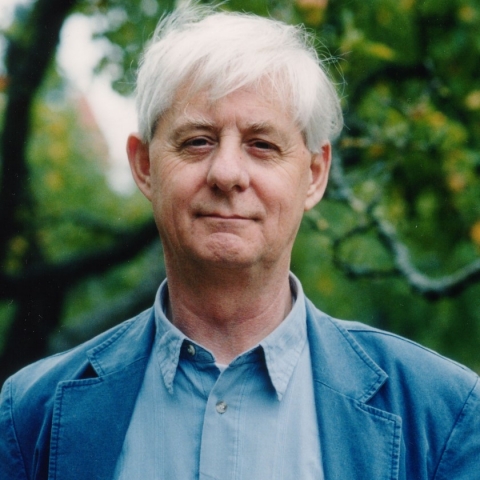 A constant reader, Aidan Chambers (b 1934 Chester-le-Street, County Durham) was for eleven years during the 1950s and 60s a teacher of English and drama in secondary schools. In 1968 he became a freelance author of fiction and a writer about and speaker on reading and literature.

He is best known for a sequence of six novels of adolescence, beginning with Breaktime published in 1978 and concluding with This is All: The Pillow Book of Cordelia Kenn, published in 2005. The Carnegie Medal was awarded to the fifth book in the sequence, Postcards from No Man’s Land, and in 2002 he received the Hans Christian Andersen Medal for the body of his work. His books have been translated into sixteen languages.

Of his writings for teachers and librarians Tell Me: Children, Reading & Talk is the most widely read, with editions in the US and Canada and translations into seven other languages. His article The Reader in the Book received the first Children’s Literature Association (US) award for critical writing in 1979. He has also written for many journals and newspapers, for radio and TV.

By supporting the Thimble Press (www.thimblepress.co.uk) since 1969, Aidan has encouraged a thoughtful approach to the criticism and promotion of children’s books generally. In honouring this commitment in 1982 the Eleanor Farjeon Award also acknowledged other contributions: to the training of teachers in children’s literature courses and to the publishing of books for teenagers.

In recent years he has lectured in Sweden, Holland, Italy, Canada and Belgium, where in March 2009 he delivered a keynote speech at a European Union Conference on Cultural Education, Innovation, Creativity and Youth, organised by the Flemish Ministry of Education.